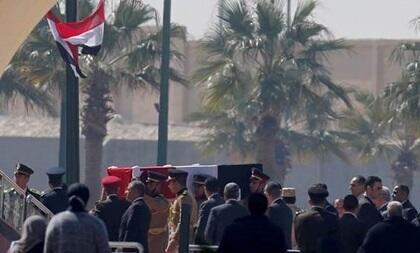 Axar.az informs that, the funeral of the late President was attended by President Abdullah Sisi, Prime Minister Mustafa Mabduli, ministers and deputies of the Egyptian parliament.

The funeral was held at the Tantawi Mosque in Nasr. Mubarak's funeral was followed by a military helicopter buried at a family grave in Heliopolis and buried.

Leaders of the Middle East and North Africa expressed their condolences to the family of the former President. Israeli Prime Minister Benjamin Netanyahu has called Hussein Mubarak a "prominent politician who is trying to establish peace in the region."