"Russia will increase the mediation efforts” 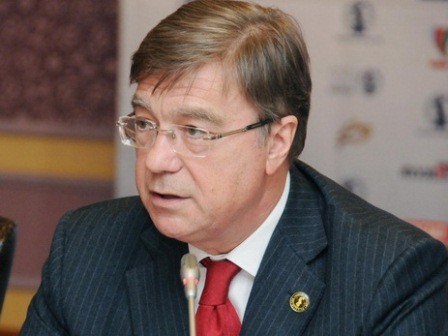 The Nagorno-Karabakh conflict should be solved by Azerbaijan and Armenia, said Russian Ambassador to Azerbaijan Vladimir Dorokhin.

He made the remarks on Friday while answering the questions of students of the Azerbaijan State Economic University.

“Whoever says Russia can settle the Nagorno-Karabakh conflict in 15-20 minutes is mistaken,” the ambassador said, noting that Russia can only be a mediator.

He stressed that the desired result cannot be achieved through pressure on both sides. There should be a confidence that can be established by the two countries, according to the ambassador.

The diplomat added that the clashes of early April showed once again how dangerous the current situation is.

“It became clear that the peaceful settlement of the conflict is the only logical way. The conflicting parties and international community need to draw the right conclusions from it. Russia is also drawing conclusions and will increase the mediation efforts,” he said.