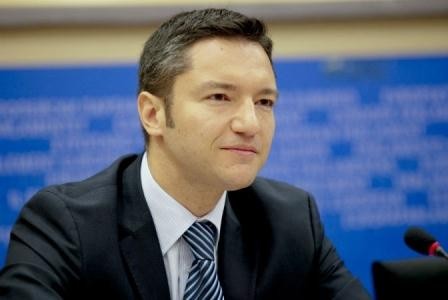 The visit to the South Caucasus region was very useful, particularly in that it became possible to meet and hear directly from the presidents of Azerbaijan, Georgia and Armenia regarding the challenges the three countries are facing, OSCE Parliamentary Assembly's Special Representative on the South Caucasus Kristian Vigenin said in an exclusive interview with Trend May 31.

Vigenin was on a visit to the South Caucasus region May 23-27.

The leaders of the South Caucasus have great responsibility to set direction and tone in cooperation with the OSCE PA, particularly when talking about security challenges in the region, he said.

"In Armenia and Azerbaijan, I had extensive discussions with the presidents of the countries, as well as with officials and parliamentarians particularly on the Nagorno-Karabakh conflict," Vigenin said. "We explored options for parliamentary support to the official [OSCE] Minsk Group format discussions, and I am hopeful that more exchanges and communication can take place in the future."

Vigenin added that based on his conversations in Baku [May 27] and Yerevan [May 23-24], he plans to prepare some more concrete proposals on co-operation that he will discuss with MPs from both Armenia and Azerbaijan.

Speaking about the Vienna meeting of the presidents of Azerbaijan and Armenia, Vigenin said that this meeting was an important step.

A meeting was held in Vienna May 16 with participation of President of Azerbaijan Ilham Aliyev, President of Armenia Serzh Sargsyan, and the OSCE Minsk Group co-chairs.

Vigenin went on to add that the agreements that were reached, both on finalizing an OSCE investigative mechanism and expanding the OSCE presence in the Nagorno-Karabakh conflict zone, are useful.

He said that these agreements can serve to limit the clashes taking place and stop the terrible human costs that the Nagorno-Karabakh conflict is having.

"I call on both presidents, when they next meet, to build on these positive steps and to resume negotiations on a comprehensive settlement," he said. "As special representative for the OSCE PA, I will continue to work for support at the parliamentary level for a peaceful resolution to the conflict."