Baku hosts meeting of Council of Ministers of Organization 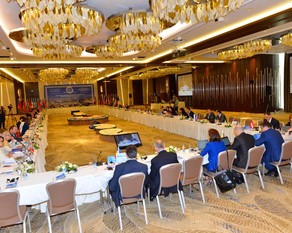 Today, Baku hosts 44th session of the Council of Ministers of the Organization for Cooperation of Railways (OSJD). The first two days will be held the meetings of working groups. It was told by the head of the press-service of "Azerbaijan Railways" JSC, Nadir Azmammadov.

According to him, on June 9 with the participation of the heads of administrations of railway departments of the Council of Ministers, will be held session and meeting dedicated to the 60th anniversary of the organization.

Azerbaijan is a member of OSJD since July 1993.