The Armenian opposition marched to the parliament 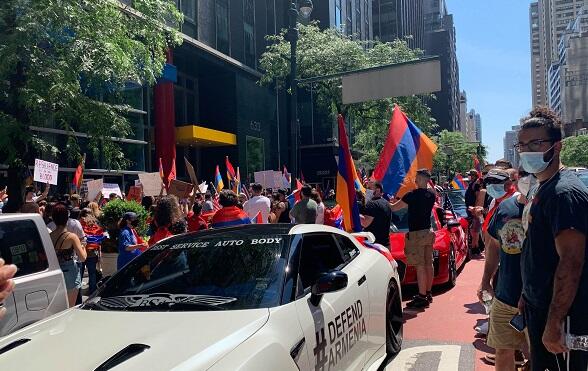 Opposition forces in Armenia marched on the parliament building.

The marchers demanded that Pashinyan distribute the text of the document he was preparing to sign with Azerbaijan and Russia.

The protesters also called on the Defense Ministry and the General Staff to fulfill their constitutional obligations to defend the country and strengthen their positions in the Syunik (Zangazur) and Gegargunik directions. The protesters demanded that the spread of misinformation be stopped and that the public not be told the truth.

It should be noted that the current Prime Minister of Armenia Nikol Pashinyan is addressing the parliament.