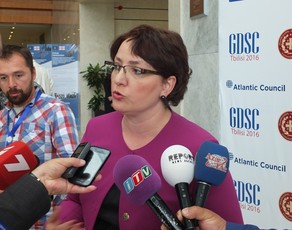 The next meeting between defense ministers of Georgia, Azerbaijan and Turkey is expected to be held in late July – early August in the Georgian city of Batumi.

This announcement was made by Georgian Defense Minister Minister Tinatin Khidasheli on June 22.

Speaking to reporters in Tbilisi, Khidasheli said the defense ministries of the three countries have already developed a memorandum to be signed at the upcoming meeting.

“The change of the Turkish defense minister a bit delayed our meeting. We had planned to hold the meeting in early July. A memorandum will be signed as a conclusion of the meeting. We are making efforts to jointly solve all the issues,” she added.