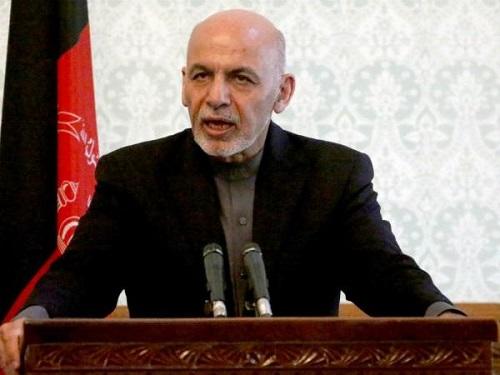 At least three rockets landed near the Afghan presidential palace in Kabul on Tuesday.

Axar.az reports citing foreign media that a spokesman for the interior minister said.

The rockets hit outside the palace grounds, right before Afghan President Ashraf Ghani was set to deliver a speech marking the Muslim holiday of Eid-a-Adha. No injuries have been reported.

This comes as the United States is finishing its withdrawal from Afghanistan. The presidential palace is in the heavily fortified Green Zone and surrounded by cement blast walls and barbed wire, and it appears that the attack was more of a way to put people on edge rather than cause significant damage, The Associated Press reports. So far, no group has claimed responsibility.

The No. 2 official in the Afghan government, Abdullah Abdullah, recently attended a meeting in Qatar aimed at restarting peace talks with the Taliban. He was inside the presidential palace during the attack, AP reports, but no one on the grounds was close to where the rockets hit.