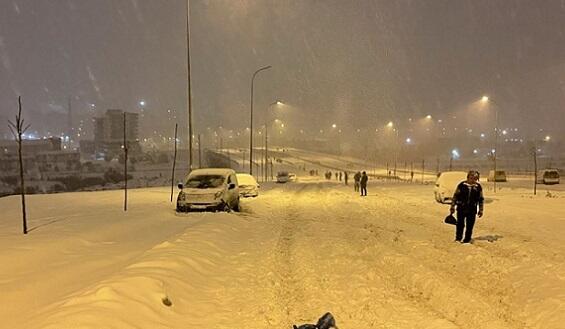 The Gaziantep region of Turkey has received the heaviest snowfall in 54 years.

Axar.az informs that the thickness of snow in the region was between 0.5-1 meters.

Traffic was paralyzed due to snow.

The Turkish Defense Ministry has sent two military helicopters to the region to evacuate the blockaded population in the mountains. About 900 special vehicles were involved in clearing the roads.

It should be noted that the last time such heavy snow fell in Gaziantep was in 1968.