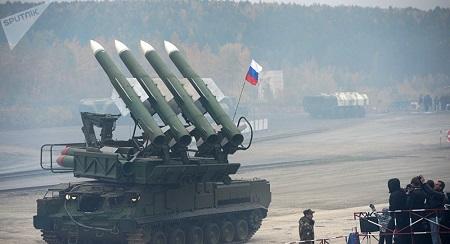 Intense fighting is raging in eastern Ukraine and rockets are being fired at airfields.

Axar.az reports that the statement came from the General Staff of the Armed Forces of Ukraine.

"Today, February 24, at 05:00, the Russian Armed Forces intensively fired on our units in the east of the country. It carried out missile and bomb attacks on Borispol, Ozerny, Kulbakin, Chugev, Kramatorsk, Chernobaevka airfields and military facilities of the Ukrainian Armed Forces. At the same time, the aggressor began firing on the territory and settlements along the state border of Ukraine, " the statement said.

It was stated that the Ukrainian Air Force repulsed the aggressor's air attack:

"The state defense forces are fully prepared for battle, the situation is under control."