From Tbilisi to Baku and Yerevan: We are ready! 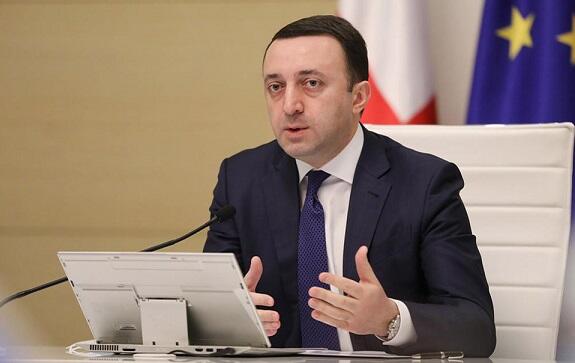 Georgia intends to contribute to the improvement of relations between Armenia and Azerbaijan.

Axar.az reports that Georgian Prime Minister Irakli Garibashvili said these words during his speech at the podium of the UN General Assembly.

"Despite the difficult situation in the region, we do not spare our efforts to improve the relations between our neighbors. We have already had successful cases. Such as the safe return of 15 Armenian prisoners of war in exchange for maps of Azerbaijan's mined areas..." Garibashvili said.

He also noted that for the first time in July, productive discussions were held between the foreign ministers of Armenia and Azerbaijan in Georgia:

"For the establishment of peace and stability, which is very important in our region, we are ready to be accepted as a dialogue center. For this purpose, Georgia contributes to the peaceful neighborhood initiative, which involves the participation of all three countries of the South Caucasus."