The President of UNGA thanked Baku 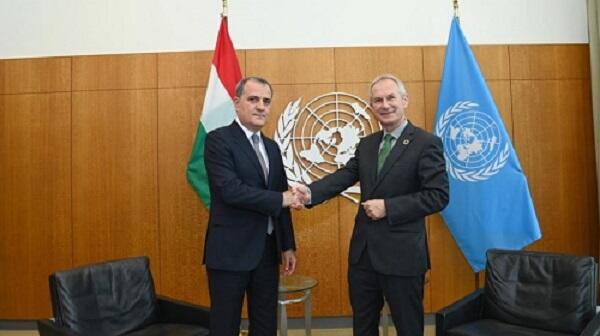 The president of the 77th session of the UN General Assembly, Csaba Kőrösi, thanked Azerbaijan for its active leadership as chairman of the Non-Aligned Movement.

He noted that he met with the Minister of Foreign Affairs of Azerbaijan, Jeyhun Bayramov, who was visiting New York, USA, to participate in the 77th General Assembly of the United Nations (UN).

Tsaba Körosi expressed gratitude for his active leadership as chairman of the Non-Aligned Movement to Azerbaijan.

The UN official also said that peace, security, food and energy issues in the region and beyond were discussed at the meeting.