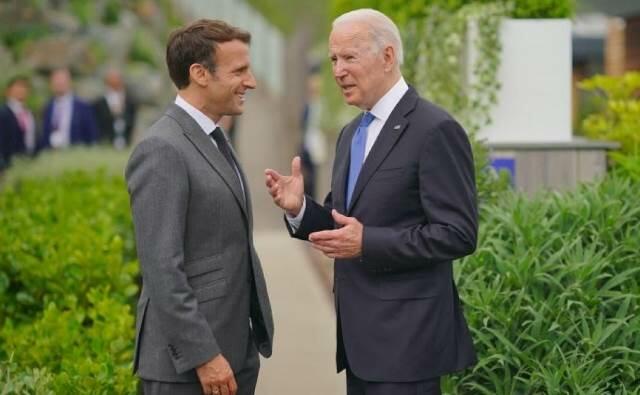 French President Emmanuel Macron is headed to Washington for the first state visit of Joe Biden's presidency a revival of diplomatic pageantry that had been put on hold because of the COVID-19 pandemic.

Axar.az reports the Biden-Macron relationship had a choppy start. Macron briefly recalled France's ambassador to the United States last year after the White House announced a deal to sell nuclear submarines to Australia, undermining a contract for France to sell diesel-powered submarines.

But the relationship has turned around with Macron emerging as one of Biden's most forward-facing European allies in the Western response to Russia's invasion of Ukraine. This week's visit it will include Oval Office talks, a glitzy dinner, a news conference and more comes at a critical moment for both leaders.

The leaders have a long agenda for their Thursday meeting at the White House, including Iran's nuclear programme, China's increasing assertiveness in the Indo-Pacific and growing concerns about security and stability in Africa's Sahel region, according to US and French officials.