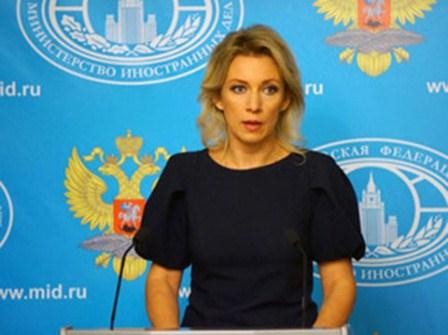 While selling arms to both Armenia and friendly Azerbaijan, Russia thoroughly considers the importance of preserving the balance of powers in the region.

Maria Zakharova, spokesperson for Russia’s Foreign Ministry. “Russia’s cooperation with Armenia in the military-technical sphere is transparent and open,” according to Zakharova.

“Moscow doesn’t regard the note of protest sent by Azerbaijan to Russia over arms sale to Armenia as interference in domestic affairs of Russia and Armenia,” the spokesperson said in response to a question from an Armenian journalist.

“Every country has a legal right to be interested in the steps being taken by its neighbors. Russia’s cooperation with Armenia in the military-technical sphere is transparent and open. We inform the Azerbaijani side of arms sold to Armenia,” she added.