Turkey will not hold any talks with terrorists 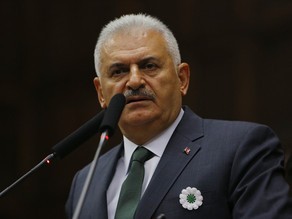 'Turkey will not hold any reconciliation talks with the terrorists'.

'There is no new negotiation process. We are not going to negotiate with the terrorists', B.Yıldırım stressed.

According to the information, PKK has claimed responsibility for the attacks.