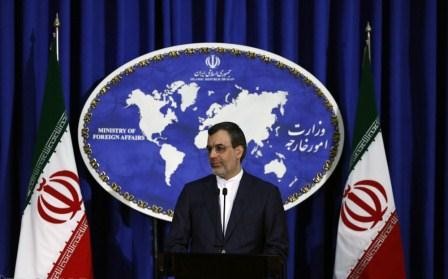 The Iranian Foreign Ministry spokesman Jaber Ansari has hailed relations with Azerbaijan as he held a weekly briefing in Tehran.

“The signing of important documents on mutual cooperation during Azerbaijani President Ilham Aliyev's visit to Iran gives grounds to say that relations between the two countries are developing,” he said. He emphasized the importance of the fact that both countries hailed the signing of the agreements. "The essence of the documents signed between the two countries testifies to closeness of the relations between Tehran and Baku," he said.

Ansari expressed his confidence that the bilateral ties would reach the level of strategic partnership.