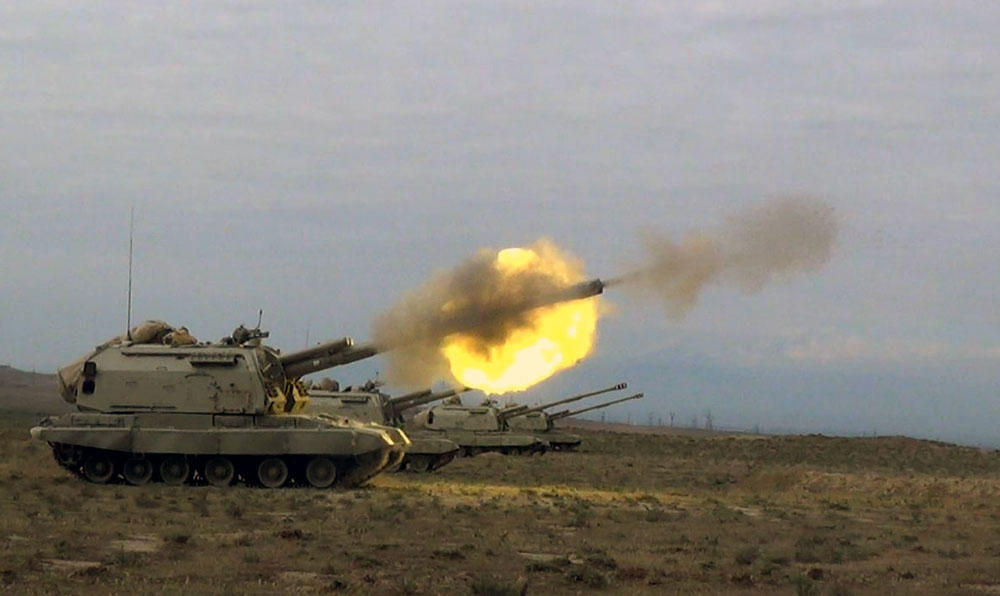 The Azerbaijani Army has conducted live-fire stage at various firing ranges along the frontline zone.
The firing was carried out within Command-Staff War Games.

Notably, in accordance with the plan approved by the President of the Republic of Azerbaijan, the Supreme Commander-in-Chief of the Armed Forces, Ilham Aliyev, the Command-Staff War Games (CSWG) within the framework of the operational training of the troops started on November 16.