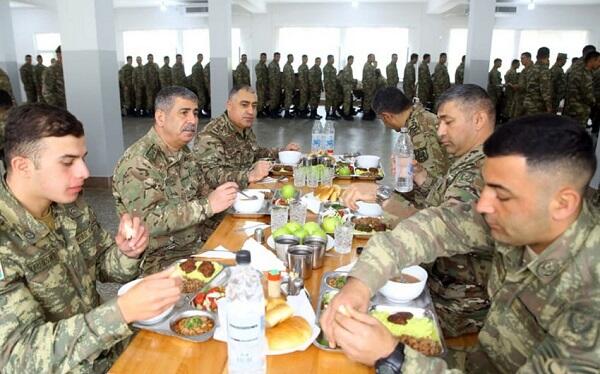 On the instructions of the President of the Republic of Azerbaijan, Supreme Commander-in-Chief of the Armed Forces, Mr Ilham Aliyev, the Minister of Defense, Colonel-General Zakir Hasanov, visited the military unit deployed in the liberated areas.

Axar.az reports citing MoD that the Defense Minister got acquainted with the work carried out in the units and checked the combat and moral-psychological training of servicemen.

Colonel-General Z. Hasanov gave relevant instructions on the quality of implementation of measures taken to further improve the social and living conditions of personnel.

Highly appreciating the combat and moral-psychological training of the personnel, the Defense Minister had dinner with the servicemen.