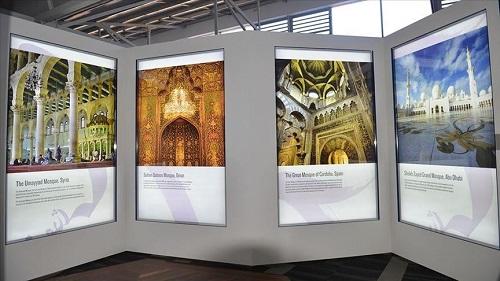 The Islamic Museum of Australia in Melbourne provides information on the history, life and identity of Muslims in the country.

Founded by Australian Muslim businessman Moustafa Fahour with the support of the Australian federal government, the museum is the first and only Islamic museum in the country.

"We want them to experience and learn about the beauty of Islam," said the museum director, Maryum Chaudhry.

Chaudhry said visitors could learn more about the history of Islam in Australia and in the world, well-known Muslim scientists, the contributions of Muslims to Australia, and the basic concepts of Islam.

Underlining that they received positive feedback from visitors from Australia as well as from different countries of the world, she said most visitors do not have any prior knowledge of the Muslim community in the country.

"People are so positive on their experience. For many it is the first time they engaged with the Muslim community," Chaudhry said.

"They have walked away with new information and were inspired. They want to learn more and to come back again," Chaudhry added.

On the day of the terrorist attack in Christchurch, New Zealand, many Australians came to the museum for the first time with flowers in their hands, Chaudhry said.