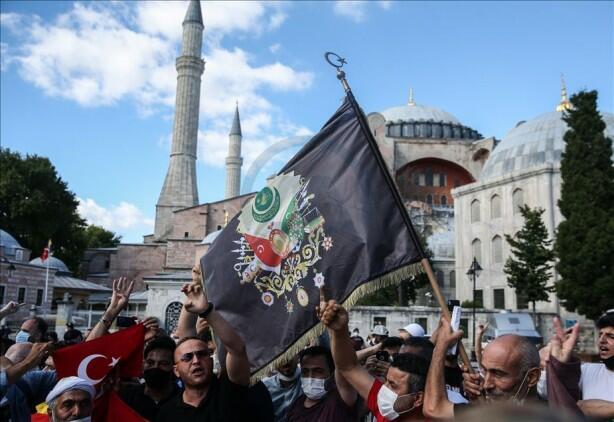 A top Turkish court on Friday struck down the 1934 Cabinet decree that turned Istanbul's Hagia Sophia into a museum, paving the way for its use again as a mosque after an 85-year hiatus.

An NGO in Istanbul, the Permanent Foundations Service to Historical Artifacts and Environment Association, had filed a petition at the Council of State seeking annulment of the decision to convert Hagia Sophia into a museum after being a mosque for nearly 500 years.

The court heard the parties’ arguments at a July 2 hearing before issuing its ruling.

According to the court’s full ruling, Hagia Sophia was owned by a foundation established by Ottoman Sultan Mehmet the Conqueror and was presented to the community as a mosque.

The decision said that in its title deed, Hagia Sophia was defined as a “mosque” and this cannot be legally changed.