Contract of the Century gave strength to us 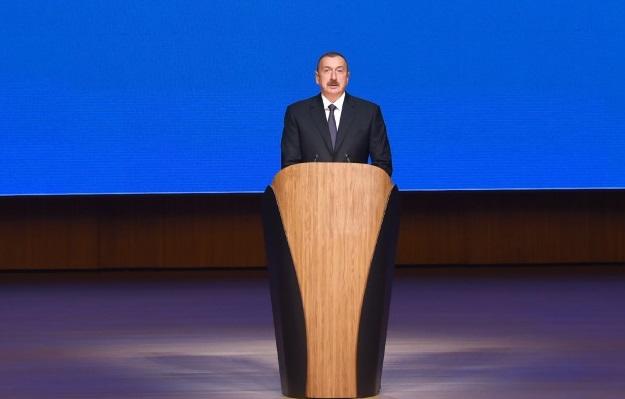 “Oil workers have always served Azerbaijani people loyally. Thanks to their labor, our country has great economic potential. The solemn ceremony on extraction of 1 billionth ton of oil was held in 1971 with the participation of Heydar Aliyev. The oil strategy founded by Heydar Aliyev plays a significant role in economic development today. The Contract of the Century signed in 1994 gave a new breath and strength to us. It brought investments to our country and increased worldwide interests to Azerbaijan. As a result of this contract, infrastructure projects have been implemented in Azerbaijan.”

Axar.az informs that President of Azerbaijan Ilham Aliyev said at the solemn ceremony on production of 2 billionth ton of oil in Baku.