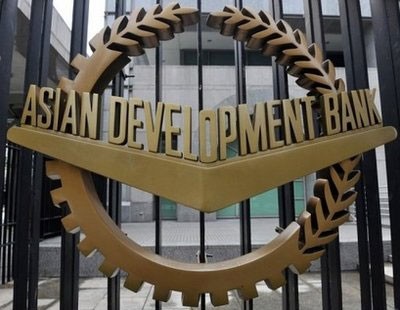 Azerbaijan and the Asian Development Bank (ADB) discussed the possibility of financing the Southern Gas Corridor project by the ADB, said the message issued on May 3 by Azerbaijan's Finance Ministry.

The discussions were held during the meeting of Azerbaijan's Finance Minister Samir Sharifov with the ADB President Takehiko Nakao, vice presidents Wencai Zhang and Diwakar Gupta and other official representatives of the bank within the 49th annual meeting of the ADB Board of Directors.

The 49th annual meeting of the ADB Board of Directors will last until May 5 in Frankfurt, Germany.

The sides also emphasized the importance of the jointly implemented projects, discussed the implementation of projects to improve energy supply in Azerbaijan's territory, restoration of water supply systems in the country's regions.

Meanwhile, the development of Azerbaijani Shah Deniz field's second phase was also discussed during the meeting.

Today the Southern Gas Corridor is among the European Union's priority energy projects, which aims at the diversification of the EU gas supply sources and routes. The project envisages transportation of 10 billion cubic meters of Azerbaijani gas from the Caspian Sea region to Europe through Georgia and Turkey.

At the initial stage, the gas to be produced as part of the Stage 2 of development of Azerbaijan's Shah Deniz field is considered as the main source for the Southern Gas Corridor projects.

As part of the Stage 2 of the Shah Deniz development, the gas will be exported to Turkey and European markets by expanding the South Caucasus Pipeline and the construction of the Trans-Anatolian Natural Gas Pipeline (TANAP) and Trans-Adriatic Pipeline (TAP).