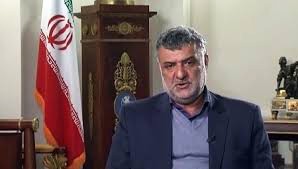 A joint business forum will be held within the Iranian delegation's visit, said the message.

Besides officials, the Iranian delegation will also include entrepreneurs, presenting the private sector of the country's agriculture.

During the visit, a meeting in extended format is expected to be held between the Iranian delegation and Azerbaijan's Agriculture Ministry, said the message. A press conference will also be held.

The ministry also said that the delegation will hold meetings with representatives of other ministries and departments.

The trade turnover between Iran and Azerbaijan increased by 53 percent and totaled $41.4 million in the first quarter of 2016, as compared to the same period of 2015, according to Azerbaijan's State Customs Committee.