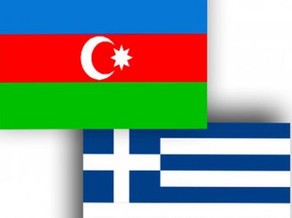 May 27, the IV meeting of the Azerbaijani-Greek intergovernmental commission on cooperation in economic, industrial and technological spheres will be held in Athens, Greece.

It was told in the press service of the Azerbaijani Ministry of Energy.

The Azerbaijani delegation will be led by co-chairman of the commission from the Azerbaijani side, Minister of Energy Natig Aliyev. Prospects of bilateral cooperation in energy, health, agriculture, tourism, transport, communications and information technology, education, science, culture and sports, as well as planned activities will be discussed at the meeting.

There will also be an exchange of views on issues of multilateral cooperation in the framework of the European Neighbourhood Policy and the Black Sea Economic Cooperation (BSEC). Following the meeting, a protocol of the intergovernmental commission will be signed.

Notably, III meeting of the commission was held in Baku on February 2, 2011.