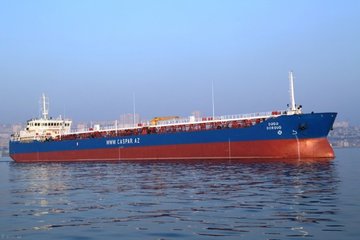 The oil tanker leaving Azerbaijan for Belarus will arrive in the port of Odessa on August 4-5.

"On August 2, a tanker with 85,000 tons of Azerbaijani oil left Supsa (Georgian port). It is expected to arrive in the port of Yuzhny on August 4-5," Tishenko said.

Minsk began to buy raw materials from alternative suppliers due to disagreements between Minsk and Moscow over the supply of Russian oil to the republic. The State Oil Company of Azerbaijan (SOCAR) has already supplied 420,000 tons of oil to the Mozir refinery. In total, Belarus can receive up to 1 million tons of oil from SOCAR this year. At the same time, Russian oil companies supplied 6.14 million tons of oil to Belarus in January-July 2020. This is 37.4% less than in the same period of 2019.