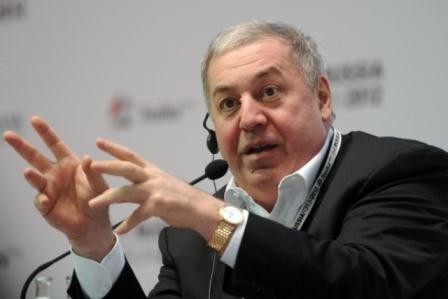 RussNeft will sell 10% of its share through IPO to be held in Moscow exchange stock, company’s owner Mikhail Gutseriev said.

He estimated the share package at $455-500 million: “If the market approves it, Gutserievs will start consolidation of assets on the basis of RussNeft”.


“We earlier wanted to hold IPO after consolidating all our assets. However, then we wanted to taste the market and I think this is more reasonable decision. RussNeft’s reserves currently make $540 mln. Our output will make 8 mln tonnes this year. The company intended to understand value of these reserves and output. Our total reserves makes 850 mln tonnes, output – 17 mln tonnes”, Gutseriev said.

According to him, total worth of the company makes $10 billion: “The company will even be effective with the current prices of oil. I think the oil price will be $56-60 a barrel in the near future. Company’s debt declined $1.3 bln”.


Gutseriev noted that the Western banks, Kazakh, Azerbaijani and Belarusian banks are interested in IPO.