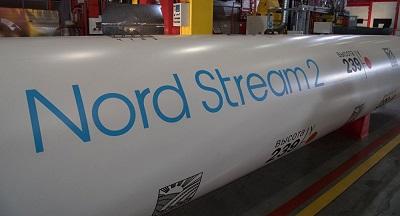 Nord Stream AG revealed on Monday the expected timeline for the end of the outage at the pipeline leading to the German town of Greifswald is April 1, 2023.

Axar.az reports that the operator's data showed no gas deliveries between the points at the Baltic Sea and Germany.

The Nord Stream 1 gas pipeline between Russia and Germany was temporarily shut down for repairs on August 31, however, the operator extended the outage following the G7's decision to impose a price cap on the imports of Russian oil.

The pipeline was then damaged in September in Sweden's exclusive economic zone in the Baltic Sea, with Moscow claiming the British navy was behind the incident. Sweden concluded later four leaks appeared on the pipeline following the explosions, however without disclosing the potential attacker.