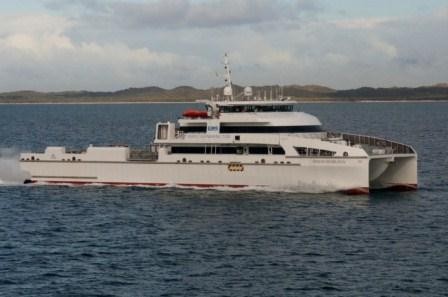 Designed by Incat-Crowther, built by Austal in Australia, the 70-meter catamaran was handed over to its owners at Western Australian Maritime Museum in Fremantle.

The vessel has been delivered less than a year after construction began in October 2015. The vessel features more than 400 square meters of cargo deck area and the ability to carry 150 passengers (plus 16 crew) 400 nautical miles at 30 knots. It features DP2 (DYNPOS-AUTR) dynamic positioning and an Ampelmann ‘walk to work’ gangway.