Raisin water can help cleanse and detox the liver 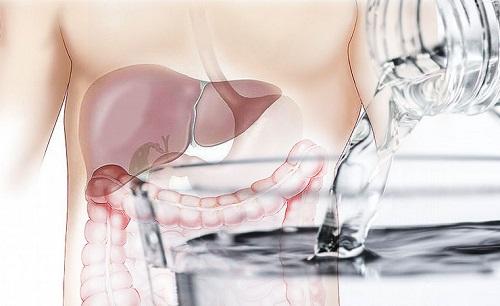 The liver is one of the largest and most important organs in the body, and without it, we would be filled with toxic substances that we would be unable to digest.

Axar.az reports that the liver is responsible for creating bile that breaks down fat to convert into energy. It plays an important role in balancing our blood sugar levels. It even takes toxic substances that we put in our bodies and either converts them into things our body can use, or it breaks them down enough for our bodies to dispose of them in the form of waste.

However, we often take our livers for granted by putting harmful substances in our bodies like excess amounts of alcohol. There is even a condition known as Non-Alcoholic Liver Disease that can be caused by consuming products with added sugar, fried foods, excess salt, and red meat. These things have been shown to cause liver damage over time, and are things that people consume frequently without thinking of it.

Your liver could very well be in need of some spring cleaning without you even knowing it. One way to do this is through drinking raisin water.

Raisins, as we know, come from dried-out grapes. And grapes are loaded with fiber and antioxidants (bioflavonoids and vitamin C) that play a key role in digestion and in ridding the body of harmful toxins and free radicals.

But, did you know that raisins may actually have more nutrients than grapes? That’s right. According to information published by the University of Barkley (Barkley Wellness), ounce for ounce, raisins have nearly three times the antioxidant capacity of red and green grape, and are one of the richest sources of antioxidants of all foods. This is because when fruits are dried, the compounds are greatly concentrated.

And with all those concentrated nutrients, experts have found that soaking them it water is also extremely beneficial. When added to water, those nutrients are put into liquid form, allowing the body to absorb them more quickly — even enhancing the antioxidant content.

Drinking raisin water heightens the grape and the raisin’s ability to cleanse the liver as it moves quickly through the digestive system loaded with antioxidants that clear the toxins out.

How to make raisin water

Clean 150 grams of raisins thoroughly using a strainer. Then add the raisins to 2 cups of water that you then boil for 20 minutes. Leave the raisins in this water for overnight. In the morning, while still on an empty stomach, strain the water from the raisins and drink the water.

You can also eat raisins with some oatmeal or alone. Do this for a few days, and your liver will be clear of toxins, and ready to do its very important job.