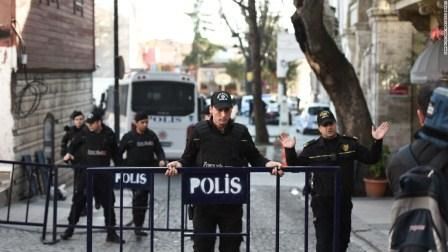 An explosion has been heard near a government in building in a Kurdish-dominated town Derik in southern Turkey, local media reported.

Axar.az reports citing to the Dogan news agency that, several ambulances had rushed to the scene but it is currently unknown whether they are any casualties.

The Hurriyet news website said the blast, in the Mardin district of Derik, was caused by a bomb. NTV reported that some people were wounded, with the district governor, Fatih Safiturk slightly hurt.

The PKK have carried multiple terror attacks across Turkey over the past year as the situation has deteriorated in which thousands of militants, security force members and civilians have been killed, the Independent recalls.