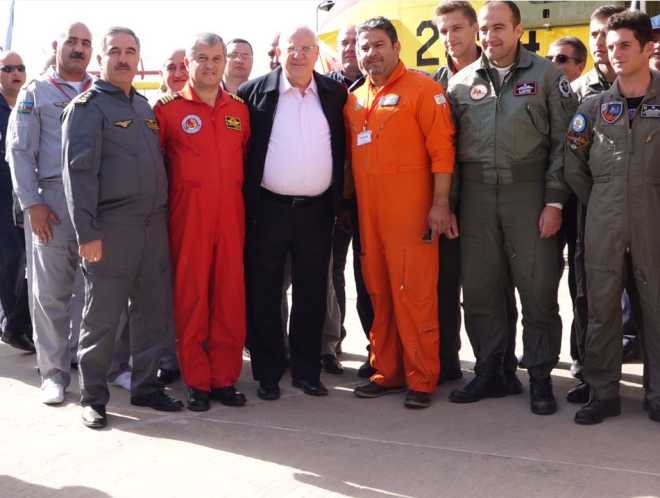 Israel president Reuven Rivlin has met the international group, who were headed to Israel on support of extinguishing the wildfires in the country, including the employees of the Ministry of Emergency Situations of Azerbaijan, the ministry told Nov. 27.

At the meeting Reuven Rivlin expressed appreciation for showing courage in fighting wildfires, the ministry said.

In accordance with the order of Azerbaijan’s President Ilham Aliyev amphibious aircraft "BE-200ÇS" continues to participate in extinguishing wildfires in Israel.

According to plan, amphibious aircraft made a flight over the Haifa city in 150 kilometers.