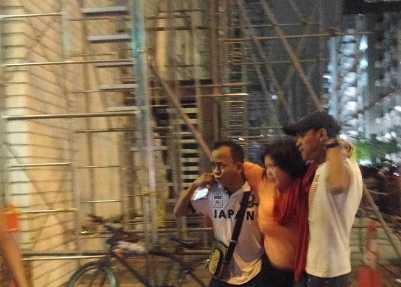 Gunfire and explosions have been heard near at a hotel complex close to the airport in the capital of the Philippines.

One video posted on Twitter showed crowds of people rushing out Resorts World late at night and in another the sound of weapons being fired could be heard.

"I live right behind Resorts World ... and you can see the smoke and hear gunshots and people are shouting at each other," one witness said in a video posted on Facebook.

Swat teams and ambulances have reportedly been sent to the scene.

The Metro Manila Development Authority confirmed a fire had been reported.

The Philippines is currently battling Islamic State militants in the south of the country.

Islamic State flags have been spotted around Marawi and images have been circulated of smiling fighters dressed in the black clothing and posing with stolen government weapons and armoured vehicles hit by rocket-propelled grenades.

At least 25 injured are reported.