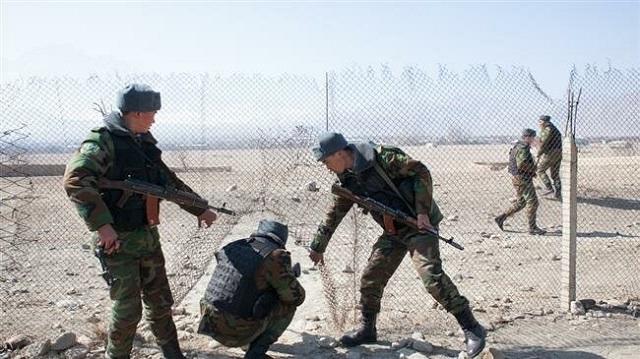 Three Tajik soldiers and one Kyrgyz serviceman were killed and more than a dozen on both sides wounded in an overnight border clash, the authorities in Bishkek and Dushanbe said on Tuesday, blaming each other for the incident.

Axar.az reports citing Press TV that the Kyrgyz and Tajik security services both said in statements that the fighting on Monday night was provoked by the other side starting illegal construction near the Tajik village of Ovchi-Kalacha on the border between Tajikistan's northern Sughd Province and Kyrgyzstan's western Batken region.

The resulting clash killed one Kyrgyz serviceman, Kyrgyzstan's border service said. Kyrgyz authorities said 13 of their personnel and civilians were wounded; a source in the Sughd provincial government said three servicemen were killed and five hurt.

The Kyrgyz government summoned the Tajik ambassador and handed him a note of protest.

Senior officials from both countries, including Kyrgyz Prime Minister Mukhammedkalyi Abylgaziev, arrived at the site on Tuesday to settle the conflict, the Kyrgyz government said in a statement.

On the Tajik side, the delegation was led by deputy PM Azim Ibrahim, the local government source said.

Former Soviet republics Kyrgyzstan and Tajikistan have struggled for three decades to agree on borders in the Ferghana Valley, which is home to several ethnic groups. Two people were killed in clashes at another point of the Kyrgyz-Tajik border in March.