37 protesters injured in clashes with police 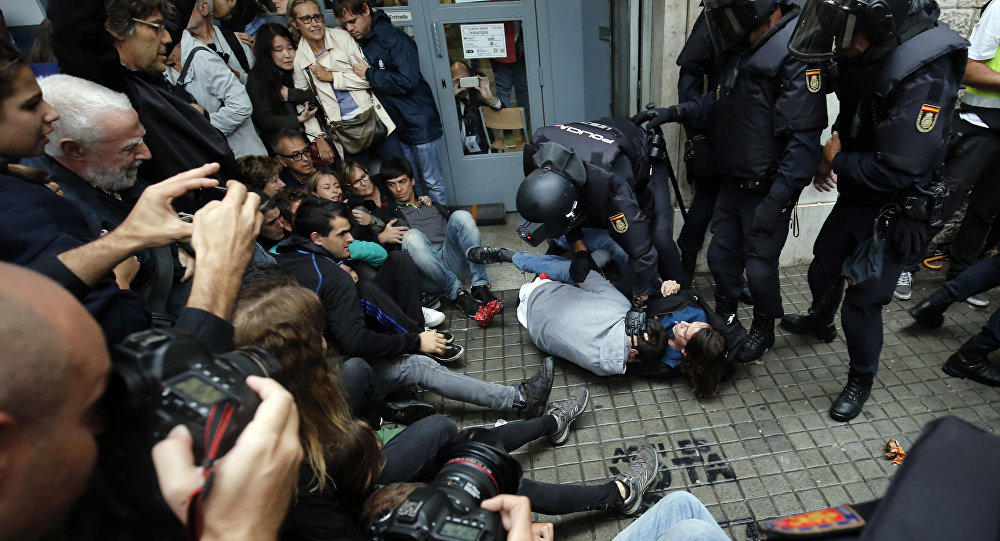 At least 37 protesters were injured on Oct. 14 in clashes with police at Barcelona's airport after Spain's Supreme Court sentenced nine separatists to prison for illegally promoting Catalan independence, according to local authorities.

Axar.az reports citing Hurriyet that 12 Catalan separatist leaders were charged with crimes including sedition, disobedience and the misuse of public funds, the court announced earlier in the day.

Of the 12, seven politicians and two activists will serve between nine and 13 years for their roles in the failed attempt to declare independence from Spain two years ago.

Protestors have taken to the streets throughout the region of Catalonia, with some of the largest protests occurring in the cities of Barcelona, Girona, and Tarragona. Protesters have cut traffic, including on one highway.

In October 2017, the Catalan government organized a referendum on independence, which was illegal under Spanish law. Despite a police crackdown on the referendum, organizers reported that 43% of residents cast their ballots with 90% of voters opting for independence.

The longest prison sentence, 13 years, was imposed on Oriol Junqueras, the former vice-premier in the region. He was charged with sedition and the misuse of funds.