Farhad Abdullayev told about creation of a Vice-presidency 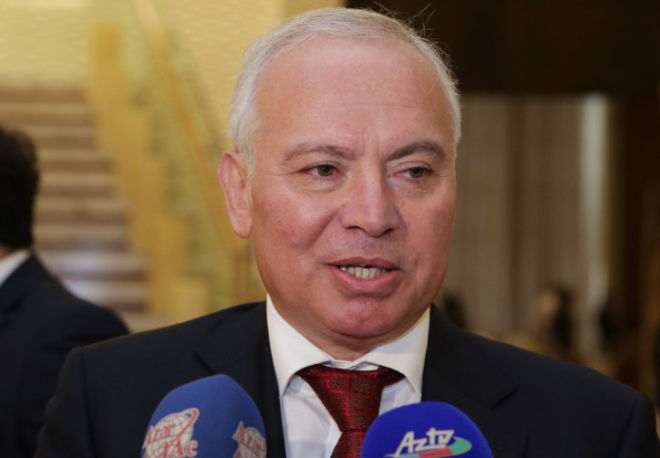 He said that significant additions and amendments made to the constitution by the referendum on September 26 at the initiative of President Ilham Aliyev:

"As a direct manifestation of the people's power and will, referendum is an important institution of democracy to resolve most significant issues for the state and citizens by referendum. Results of the last referendum were other shining example of unity of the people and leader in Azerbaijan and demonstrated unequivocal support of the Azerbaijani people to the policy, pursued by head of state Ilham Aliyev and aimed at sustainable development and social welfare of the country."

According to him, part of the amendments aimed at further development of public administration system:

"Especially, creation of a vice-presidency is a new and very important event in Azerbaijan's public administration. This institution will be of great importance to increase efficiency, implement challenges ahead in the system in the modern era of a new stage of development of the country and major economic reforms.

Removing age restrictions at the electoral bodies comes from the need to expand use of potential of young people with knowledge and experience. Now, Azerbaijan pursues successful youth policy, carries out targeted measures to turn oil capital into human capital. Efficient use of youths' potential is one of the urgent requirements of this period.