Cultural events were held as part of the exercises - Photo 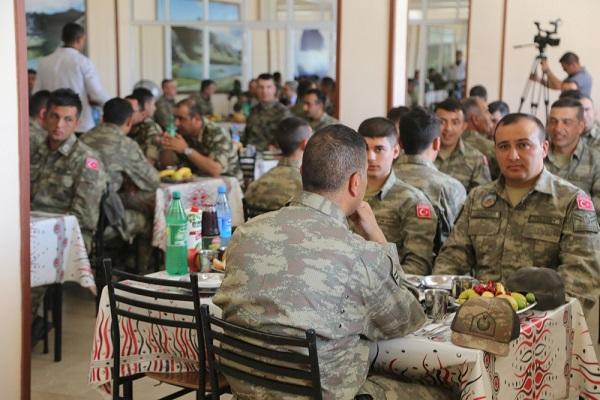 Cultural events have been held for the productive organization of leisure of the servicemen of the Turkish Armed Forces participating in the “Indestructible Brotherhood-2019” Exercises.

Azerbaijani and Turkish servicemen had lunch together at a festive table organized on the occasion of Ramadan holiday in a military unit of the Combined Arms Army. The event was also attended by Consul General of the Republic of Turkey to Nakhchivan Mehmet Emin Kiraz.

The cultural event was continued with a mini-football competition between the servicemen of both countries under the slogan “The Brotherhood Wins”. Both teams have demonstrated high physical fitness and football skills.