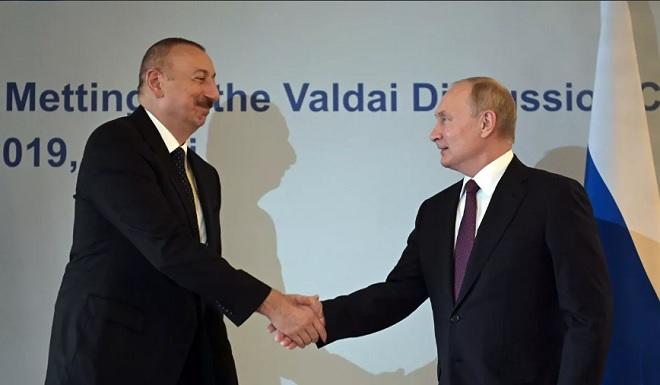 President of Azerbaijan Ilham Aliyev and Vladimir Putin, the President of the Russian Federation met in Sochi on October 3.

The meeting took place today as part of the 16th annual Valda Discussion Club meeting. The heads of state posed for a photo.

During the meeting, the heads of state stressed the high level of relations between the two countries and noted the positive dynamics of the development of trade and economic relations.