The elder of the Turkic world in Baku - Photo 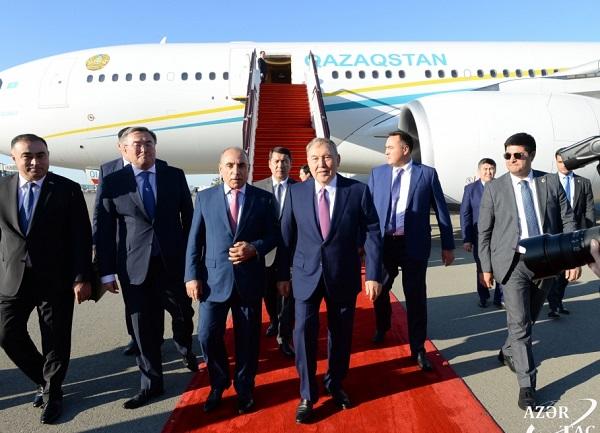 The First President of the Republic of Kazakhstan, Honorary Chairman of the Cooperation Council of Turkic Speaking States Nursultan Nazarbayev arrived in Azerbaijan on October 14 to participate in the 7th Summit of the Council.

Axar.az reports that Aa guard of honor was lined up for the high guest at the Heydar Aliyev International Airport, where the national flags of both countries were waving.

Nursultan Nazarbayev was welcomed at the airport by First Deputy Prime Minister of the Republic of Azerbaijan Yagub Eyyubov and other officials.