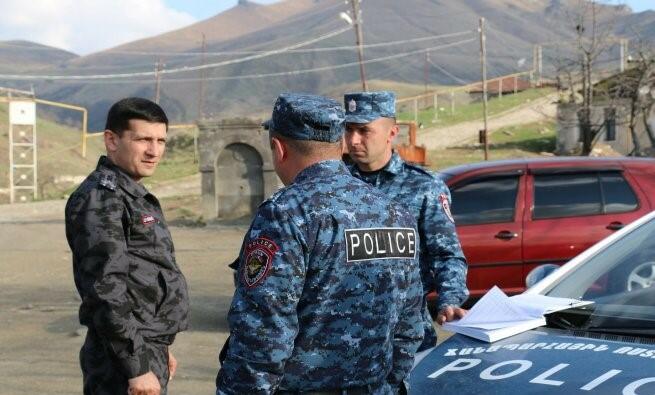 Separatist Armenians want to establish "new checkpoints" on all roads in the zone of responsibility of Russian peacekeepers in the Karabakh region of Azerbaijan.

Axar.az reports that the statement came from the press service of the Armenian "police", which continues its separatist-terrorist activities under the umbrella of the Russian military in Azerbaijan on Saturday.

It is noted that on April 16, separatist Artyom Harutyunyan, who introduced himself as the head of the "Karabakh police", visited the Shusha-Khankendi highway, as well as the Khankendi-Shushakend checkpoint.

It was claimed that it is planned to strengthen the monitoring of the territories under the control of the Azerbaijani side in Karabakh.

Earlier, Shushakend ("Shosh") - Dagyurd ("Sarushen") - Red Market was ordered by Karen Sargsyan, who returned to Khankendi using the conditions created by Russian peacekeepers and tried to continue his separatist activities. The duty at the "police" checkpoint installed on the road has been strengthened.

It should be noted that this separatist activity, carried out with the direct support of Armenia, contradicts the statement of November 10, 2020 and serves to create another hotbed of conflict. This forces Azerbaijan to conduct an anti-terrorist operation.