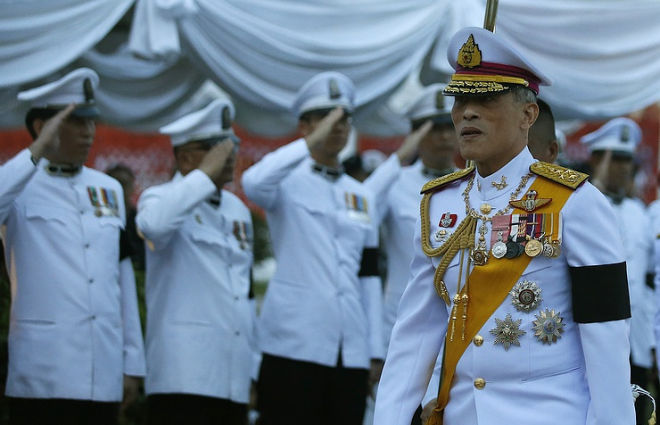 Maha Vajiralongkorn, 64, who will be known as King Rama X, is the only son of late Thai King Bhumibol Adulyadej.

The only son of late Thai King Bhumibol Adulyadej, Maha Vajiralongkorn, was proclaimed new King of Thailand on Tuesday. During a special session of Thailand’s National Legislative Assembly (parliament) earlier in the day, its President, Pornpetch Wichitcholchai, invited the Crown Prince to ascend the throne.

The assembly members stood up and shouted, "Long live the King!" Maha Vajiralongkorn who is now in Germany, according to Western media, did not attend the ceremony.

Preparations for a session of Thailand’s parliament proceeded in an atmosphere of secrecy. Prime Minister Prayuth Chan-ocha earlier said that a session "with a special agenda" was due to be held on November 29 but refused to disclose any details. Deputy Prime Minister, Prawit Wongsuwan, announced on Tuesday that the Cabinet had launched the process of installing a new monarch by sending a formal notification to parliament. He also noted that an audience with the Crown Prince is expected "within the next one or two days."

King Bhumibol Adulyadej died on October 13, at the age of 88 in a Bangkok hospital. An emergency session of parliament was held the same day, where the president of the National Assembly was supposed to ask the heir to ascend the throne. However, the session ended after lawmakers observed nine minutes of silence for the late king. Prime Minister Prayuth Chan-ocha later explained that the prince had asked to delay the formal succession procedure so that he could grieve with the public.

Crown Prince Maha Vajiralongkorn, 64, who will be known as King Rama X, or the 10th king of the ruling Chakri dynasty, studied in the UK and Australia. In 1976, he graduated from the Royal Military College in Canberra where he was trained as a military pilot. He has been a Royal Thai Army officer since 1975. In 1989, he paid an official visit to the USSR travelling to Moscow, Leningrad, Kiev and Crimea.

The new king is expected to be formally crowned after his father’s cremation, which will take place next year.