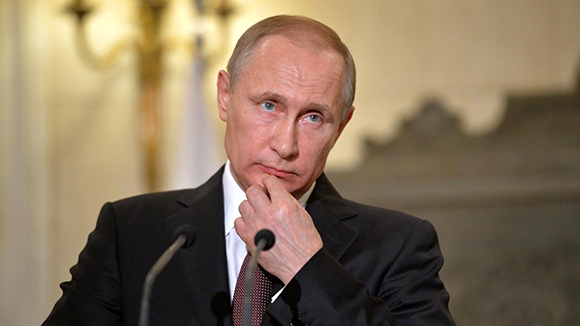 Russian President Vladimir Putin has called for plugging the loopholes that can be used for illegal migration. At the same time he promised that Russia would welcome those who wish to live and work in its territory by its laws.

"We are creating a civilized and transparent environment for those who would like to live and work in Russia, on the condition, though, they will respect our traditions and the culture of our country," Putin said at a board meeting of the Interior Ministry on Thursday.
At the same time he recalled that "any loopholes for illegal migration and any violations of migration legislation must be firmly prevented."

"For monitoring the situation and taking pre-emptive measures it is necessary to build up the system of information resources, to step up cooperation with our partners in the Eurasian Economic Union and with other countries on the widest scale possible," he said.
The Interior Ministry last year took administrative measures to expel from Russia 55,000 foreign nationals and deport 4,800 others, Interior Minister Vladimir Kolokoltsev said. Special attention was paid to illegal migration. "In cooperation with the federal security service FSB, financial watchdog Rosfinmonitoring and other agencies concerned a special operation was conducted to eliminate illegal channels of migration and reduce the risk of criminals getting into the country," Kolokoltsev said. The results confirmed that such operations should be conducted on a regular basis.