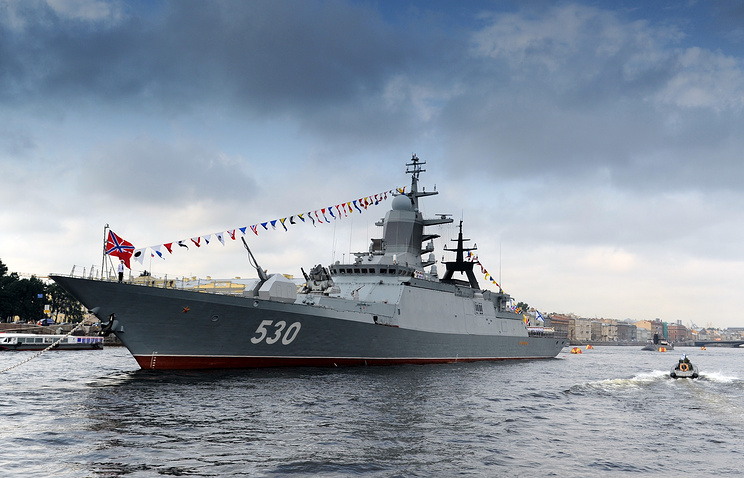 Russian Baltic Fleet warships will make long-distance voyages to the Mediterranean Sea, the Indian Ocean and the Arctic as part of their combat training in the summer period, Fleet spokesman Roman Martov told TASS on Friday.

Axar.az reports that "In the summer training period [it begins from June 1 in the Russian Armed Forces], warships of the Baltic Fleet will make long-distance voyages to the Mediterranean Sea, the Indian Ocean and the Arctic and its surface ships and vessels will also take part in international maneuvers," Martov said, without specifying the time and the fleet’s forces for long-distance voyages.

The intensity of sea missions in the summer training period will increase considerably, he added.
The joint Russia-Belarus drills Zapad-2017 (West-2017) will be the basic combat training event for the Baltic Fleet that will take place in September, which was announced at a session of the Fleet’s Military Council held in Kaliningrad under the direction of Baltic Fleet Commander Vice-Admiral Alexander Nosatov.
The session summed up the results of the Fleet’s activity in the previous months.

"During the winter training period, long-distance voyage assignments were worthily accomplished by the crew of the large amphibious assault ship Korolyov that operated both autonomously and as part of the Russian Navy’s permanent grouping in the Mediterranean, as well as by the personnel of the corvettes Boikiy and Soobrazitelny that practiced a set of combat training missions in the Northern Atlantic," the spokesman said.