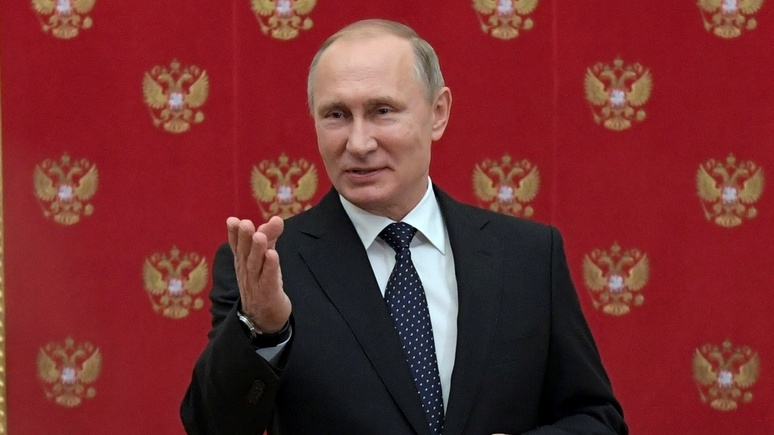 Russian President Vladimir Putin will begin on Thursday his official working visit to the 2017 Saint Petersburg International Forum (SPIEF-2017) with a meeting with heads of international media agencies.

Such format of the meeting between the Russian leader and global media representatives, organized by Russian news agency TASS, is taking place for the fourth year granting an opportunity for media outlets to ask the country’s president questions outside the current-day agenda.

"A meeting with heads of international media agencies takes place in the Q&A format covering issues regarding both domestic and foreign policies of our country," Yury Ushakov, a Russian presidential aide, told journalists.

According to Ushakov, this year’s meeting with media "opens the host of scheduled talks of the Russian president within the frames of the Economic Forum, while it used to be the closing one compared with previous forums."

This year’s meeting of President Putin with world media is expected to gather representatives from the United States, Germany, China, India, Italy, Spain, Turkey, Japan and Sweden. Russia will be represented by Sergey Mikhailov, the director general of TASS news agency.

The XXI St. Petersburg International Economic Forum (SPIEF 2017) opens in the Russian second largest city on Thursday and will last for three days bringing together more than 12,000 participants from 133 countries.

This year’s forum is the second one to be held in the Expoforum Congress and Exhibition Center, where the premises as thrice as big as at Lenexpo, where the forums took place before 2016.

Putin is expected to participate in the Russia-US Business Dialogue panel discussion. Also, he will hold talks with the Austrian Chancellor Kern and with the UN Secretary General.

On the last day of the forum, Putin will attend the ceremony of baptizing the Arctic LNG tanker Christoph de Margerie. The latter is a unique Arc7 ice-class vessel designed especially for the Yamal LNG project.