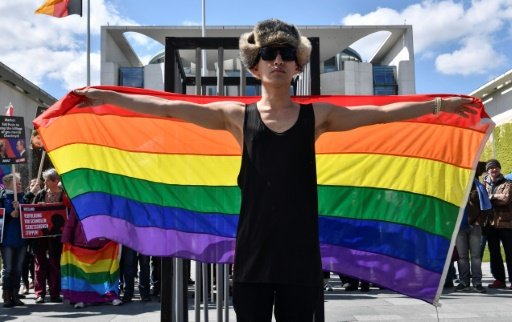 Germany is expected to legalise same-sex marriage on Friday, joining many other western democracies in granting gay and lesbian couples full rights, including adoption.

The election-year bill is being pushed by Chancellor Angela Merkel's leftist rivals who pounced on a U-turn she made Monday -- a manoeuvre that left many of her conservative lawmakers fuming.

Barring an 11th-hour hiccup, the lower house is set to approve the law hours before the Bundestag heads into summer recess. Lawmakers have added the matter to Friday's agenda, clearing up any doubt a vote would take place.

Gay and lesbian groups cheered the push for marriage equality in Germany where so-called civil unions were legalised in 2001.

"It's a real recognition, so it warms the heart," said French engineer Christophe Tetu, 46, who lives in Berlin with his partner Timo Strobel, 51.

"We're thinking about having a party, getting married and using our new rights to protect our relationship," he told AFP.

Strobel said he too was "overjoyed" the couple would be able to show family and friends "that we are committed to each other, that we will stay together and we will spend our lives together".

If the law passes it would likely take effect before the end of 2017.

Renate Kuenast of the Greens party, which has pushed for decades for LGBT community rights, quipped cheerfully: "I would advise all registry offices in the country to boost staff numbers."