Georgian president rejects to build US military base 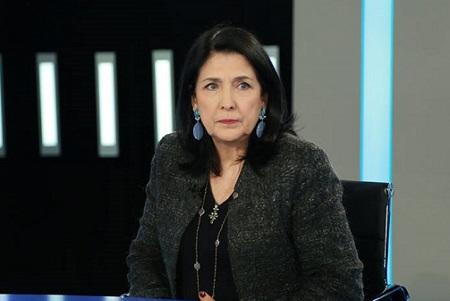 The construction of US military base in Georgia is inadvisable and may be viewed as a provocation, Georgian President Salome Zourabichvili told VOA's Georgian Service in an interview in Tbilisi.

"I don't think that it would be recommended," she said. "We don't need to take steps that might be viewed as provocations, and I don't think that the United States would be ready for having here a military base that would attract probably reactions both from Russia and from these ... terrorist movements that are very active in the region."

According to Zourabichvili, a former French diplomat who became Georgia’s first woman president in December 2018, Georgia needs to deepen ties with Washington, but should not take any steps, which would provoke other countries.

Georgia and the United States signed the Charter on Strategic Partnership in 2009. Since 1994, Tbilisi has been boosting its cooperation with NATO and has stated many times about its desire to join the alliance. In August 2015, the Georgia-NATO Joint Training and Evaluation Center (JTEC) was opened at a military base in Krtsanisi near Tbilisi.

In 2016, the Defense Institution Building School was inaugurated in Tbilisi, and in May 2018 a combat training center was opened in Vaziani, near the Georgian capital, with the US assistance. This center, similar to the German base Hohenfels, is designed to train Georgian military. This April, Georgian Defense Minister Levan Izoria put forward a proposal to provide the US and NATO countries with Georgia’s military infrastructure for holding drills.