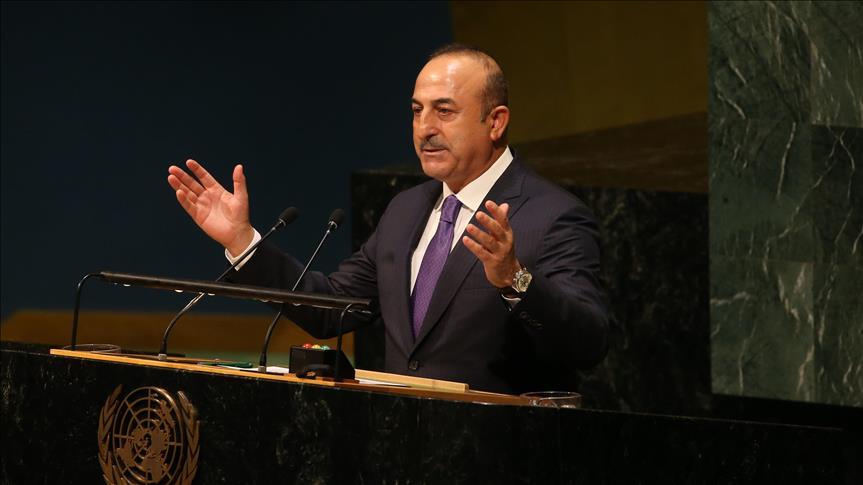 Unity, inclusiveness, dialogue and a comprehensive strategic vision are the only ways to overcome rising trends of xenophobia, Islamophobia and anti-Semitism across the globe, Turkey’s foreign minister said Friday.

Axar.az reports citing Turkish media that “terrorist attacks in New Zealand and Sri Lanka, as well as the recent attack against a mosque in the U.S. and many similar ones in Europe, remind us of the severity of the threat,” said Mevlut Cavusoglu.

Cavusoglu was speaking at the 129th Session of the Committee of Ministers of the Council of Europe in Helsinki, Finland.

On April 21, terrorist attacks on churches and hotels in Sri Lanka’s capital of Colombo left 250 people dead on Easter.

At least 50 Muslim worshippers were massacred and as many injured when a white supremacist terrorist attacked two mosques in Christchurch, New Zealand on March 15.

“I share the [Council of Europe] secretary general’s appeal to address increased inequality and to strengthen anti-discrimination and equality policies in Europe, including the fight against rising xenophobia, Islamophobia, anti-Semitism, Christianophobia, hate speech and populism,” said Cavusoglu.

“Our democracies are at risk in the face of these trends. Attacks against places of worship are becoming commonplace.

“We can only tackle these challenges with unity, inclusiveness, dialogue and a comprehensive strategic vision,” he stressed.

Cavusoglu thanked Thorbjorn Jagland, Secretary General of the Council of Europe, for his presentation and final report, which Cavusoglu said “will be remembered as his legacy”.

“I also thank him for his sincere engagement and solidarity with Turkey during difficult times,” he said.

“I support the secretary general’s position on the need to avoid creating a new dividing line in Europe. The emphasis on equal rights and obligations of member states is the right approach to overcome the current impasse.

“Division and exclusion will only undermine what we have achieved in the last seven decades,” Cavusoglu said.

Institutional weaknesses should also be addressed, he said.

“Effective, objective and non-politicized use of the existing monitoring and advisory mechanisms is essential. Political approaches undermine their credibility.

“Better coordination between the Committee of Ministers and the Parliamentary Assembly is welcome, without prejudice to each organ’s statutory mandate,” he said.

Cavusoglu also stressed the need “to equip the Council with ample financial resources”.