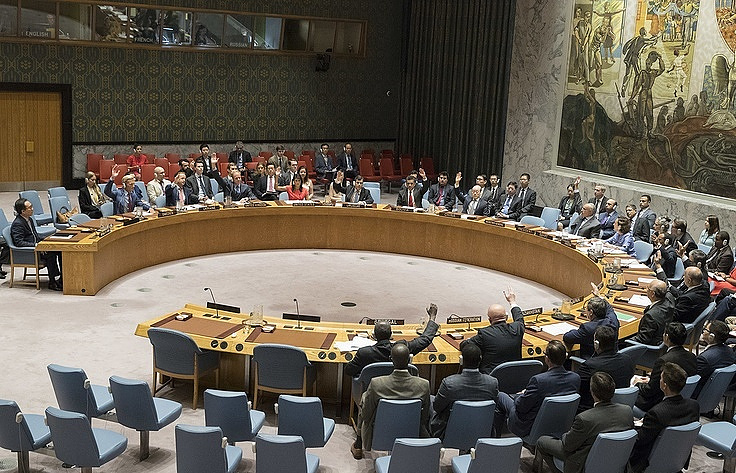 Russia will hold the monthly presidency of the UN Security Council in September, which this year coincides with the opening of the 74th session of the General Assembly (September 17) and its most important part, the high-level week.

During this time, the presidents, the heads of government and foreign ministers from the UN member-states will deliver their program speeches at the organization and hold multilateral and bilateral talks on the most pressing issues of the international agenda.

"From September 1, Russia will become the president of the UN Security Council," Spokesman for Russia's Permanent Mission to the UN Fedor Strzhizhovsky told TASS.

The presidency of the UN Security Council rotates monthly among its members according to the alphabetical order of the names of the countries in English. "The program of our presidency will be presented at the briefing of [Russian Permanent Representative] Vasily Nebenzya on September 3 after it is officially backed by the Security Council’s member states," the diplomat said.

According to Strzhizhovsky, a large number of events at the Security Council are scheduled for September. "Besides, our presidency will coincide with the opening of the 74th session of the General Assembly and the high-level week," he added. Russian Foreign Minister Sergey Lavrov will head Russia’s delegation at the UN General Assembly’s session, the diplomat noted.

Russia’s First Deputy Permanent Representative to the United Nations Dmitry Polyansky said earlier that Lavrov could take part in the high-level United Nations Security Council meetings due to be held in late September on the sidelines of the UN General Assembly’s general debates. According to him, two UNSC meetings have been scheduled, which will be devoted to regional cooperation.

The UN Security Council’s president is tasked with drawing up the program of the organization, which under Article 24 of the UN Charter holds the responsibility for maintaining international peace and security, while other UN members must observe these resolutions. The president also makes decisions regarding the requests for holding emergency meetings.