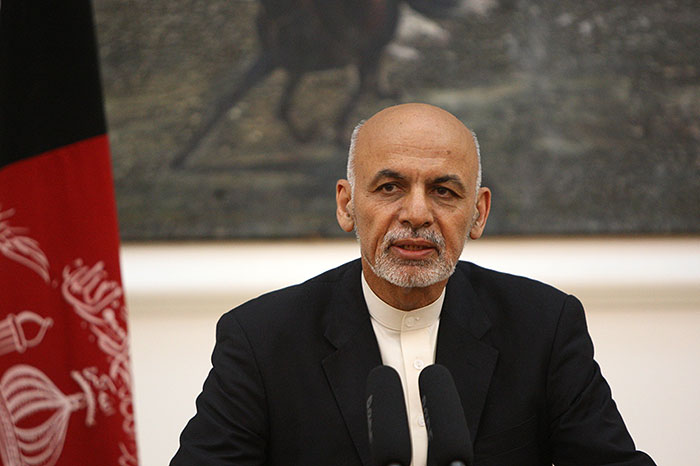 In connection with the International Peace Day, Afghan President Ashraf Ghani on Saturday blamed Taliban for the bloodshed in the country by not accepting ceasefire offer.

Axar.az reports citing AA that In a televised speech, President Ghani said the raging violence continues in the country simply because the Taliban are not accepting the ceasefire.

“If the Taliban agree to peace, we [Afghan government] do not want continuation of the war event for a single moment, and I say it again that those are responsible for all the killing and bloodshed who are not accepting peace and ceasefire”, Ghani said.

Earlier, the U.S. president said Taliban leaders and Afghan President Ashraf Ghani were separately coming to the U.S. to meet him at Camp David, Maryland, but Trump said he had canceled the meeting over a Taliban-claimed attack in Kabul.

“Unfortunately, in order to build false leverage, they [Taliban] admitted to an attack in Kabul that killed one of our great great soldiers, and 11 other people," Trump said in a tweet.

"If they cannot agree to a cease-fire during these very important peace talks, and would even kill 12 innocent people, then they probably don’t have the power to negotiate a meaningful agreement anyway," said Trump.

Trump's announcement came days after top U.S. peace negotiator Zalmay Khalilzad said the U.S. had reached an agreement in principle with the Taliban.