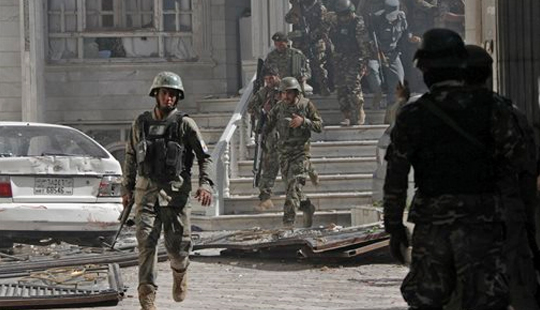 Turkey conveyed Saturday condolences to Mali over a terrorist attack on military post that killed dozens of soldiers.

“We are deeply saddened by the news that many soldiers have lost their lives in a terrorist attack to a military post in the northeast of Mali,” the Foreign Ministry said in a statement.

“We wish Allah’s mercy upon those who have lost their lives in this terrorist attack and extend our condolences to the friendly Government and brotherly people of Mali,” the ministry said.

At least 53 Malian soldiers and a civilian were killed on Friday in a militant attack on the Malian Armed Forces.

The Malian government described the incident as a terrorist attack, while no group has so far claimed responsibility for the assault.