Can we soon be teleported - Science answers 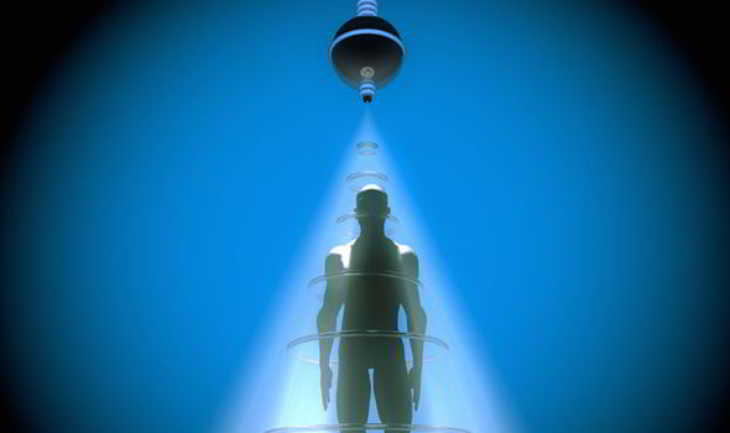 The Star Trek films taught us that within that very specific sci-fi universe, transporters could teleport humans from one place to another. But what if we actually looked at the physics involved in transporting life from here to there, and realized that those fancy transporters are actually full-blown suicide boxes? So what comment does science make on it?

Basically, the transporter scans you down to your very last quark, takes apart your atoms, and sends the pieces of you to your chosen destination for reassembly.

But then that begs the question.

Is it actually you on the other side or a copy that thinks it's you, while the 'real' you ceased to exist on the transporter pad? What does it take to confirm that you really are you?

It's a question that's been asked by a number of people and as the times goes by, we just wish harder that teleportation was possible.

"Think about it. All your atoms are scanned and destroyed in the process, because there’s no cloning allowed in quantum mechanics. Then all that information about you is teleported to the new location, where a bunch of new atoms are used to build a whole new you, complete with memories, personality quirks, and that oddly shaped birthmark on your left butt cheek."

We have a bunch of atoms that are arranged in such a way that they become living, breathing, conscious you, and they get pulled apart and rearranged somewhere else.

But just think about the actual experience of being teleported. You're being broken down to the very last atom, so you're not exactly going to be conscious the whole time. In fact, you'll likely feel nothingness forever while a brand new life made up of your atom arrangements is now living happily in your chosen destination.

So what we're dealing with here could be an entirely new and different consciousness, but with the same atom arrangement and memories of you. But is that really a problem?

If you thought all that was complicated and eerie enough to swear off teleportation forever, prepare yourselves, because there are even more questions.

For example, what if the transporter malfunctioned and you end up with two versions of 'you' who have to fight it out for legitimacy?

It might sound like a philosophical waste of time, but with researchers making progress on teleportation technology all the time, we might one day have to grapple with these questions for real.