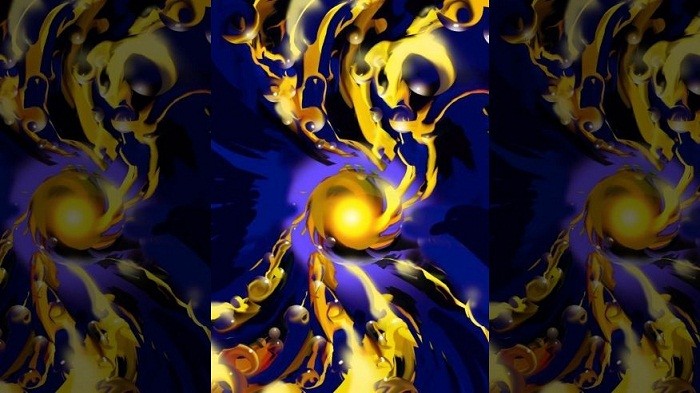 As technological innovations make devices smaller and smaller, scientists are developing machines that are only the size of complex molecules — nanometers, or billionths of a meter, in scale. In comparison, the average human hair is about 100,000 nanometers wide.

One of the main reasons "nanobots" remain in the realm of science fiction is that figuring out a way to make them move has been challenging. Researchers have tried using a variety of power sources and propulsion systems for nanotechnology, but these typically lack speed, strength and control.

"There have been many small machines, but they operate incredibly slowly — taking many seconds or minutes to move a single arm, for instance — and with very low forces," said Jeremy Baumberg, director of the University of Cambridge`s NanoPhotonics Centre and senior author of the new study. "This is why we don`t have nanobots, although they are much discussed in fiction."

Nanobots require powerful forces to move because the viscosity of fluids can increase dramatically on the nanoscale. "For a nanomachine floating in water, swimming is like us swimming in a pool of treacle [a blend of molasses, sugar and corn syrup] — very, very viscous — so you need very large forces to move," Baumberg told Live Science.

The new engines are made of tiny particles of gold only 60 nanometers in diameter. These particles are connected to one another by a water-laden gel made of a heat-sensitive compound. When heated by a green laser to more than 95 degrees Fahrenheit (35 degrees Celsius), the gel expels water, contracting within a microsecond and forcing the gold nanoparticles into tight clusters about 400 nanometers wide. When the engine is cooled, the gel takes on water and expands, and the gold nanoparticles are strongly and quickly pushed apart, like a spring, the researchers explained.

"It`s like an explosion," study lead author Tao Ding, a researcher at the University of Cambridge`s NanoPhotonics Centre, said in a statement. "We have hundreds of gold balls flying apart in a millionth of a second when water molecules inflate the polymers around them."

The forces that these new engines exert are several orders of magnitude larger than any seen on the nanoscale from previous devices, with a force that is pound for pound nearly 100 times better than any motor or muscle, the researchers said.

"They are the most powerful nanoengines to date," Baumberg said. The devices are also energy-efficient, bio-compatible and cost-effective to manufacture, the scientists added.

The new engines are named actuating nanotransducers, or ANTs. "Like real ants, they produce large forces for their weight," Baumberg said in a statement.

Future research could also tinker with ANTs based off of different nanoparticles, Baumberg said. "We certainly don`t need gold, and we have used silver successfully already, but will try nickel and copper," he said.

The researchers are currently working with Cambridge Enterprise, the University of Cambridge`s commercialization arm, as well as several other companies, to commercialize this technology for applications that involve manipulating and controlling fluids.

"Microfluidic chips are really interesting for synthesizing pharmaceuticals, biomedical sensing and separation, as well as many other biochemical processes," Baumberg said. "But all pumps and valves currently need to be made with hydraulics, so you need to feed a pipe onto the chip for each one, limiting strongly the complexity of anything you do with them. We believe we can now make pumps and valves from the ANTs which are each controlled by a beam of light, and we can have thousands on a single chip."

Beyond microfluidics applications, the scientists "are looking at making tiny nanomachines that can walk around, controlled by beams of light," Baumberg added.